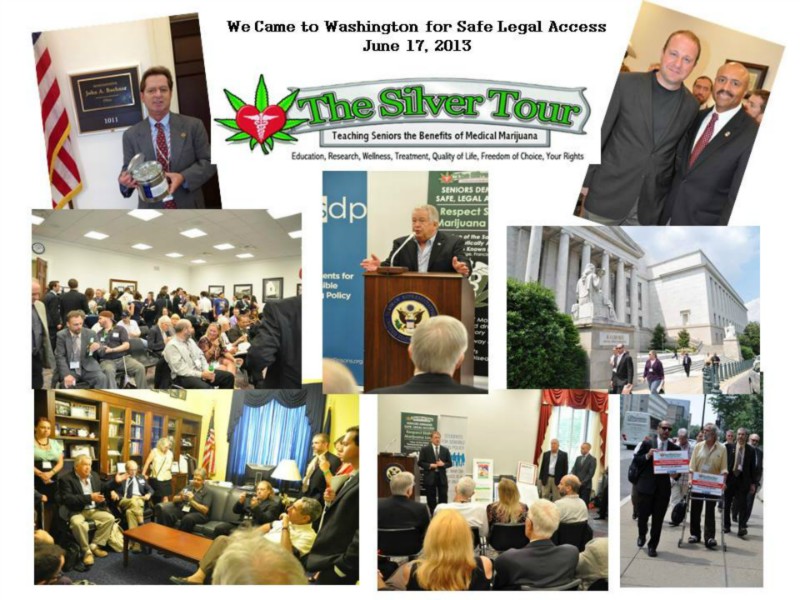 “Marijuana legalization transcends gender, race, class, geography, and age, so it's encouraging to see people from different backgrounds and generations coming together,” Stacia Cosner, SSDP's 26-year-old Associate Director, says. “Young people and seniors don't share a lot of political views and interests, but this is a unique issue that's no longer on the fringe.”

Veterans throughout Oregon and indeed the nation whose eyes have been set on this process express gratitude for the swift and decisive action by Oregon's Legislature and Governor making up for years of agony in the futile attempts to broach the entrenched bureaucracy of the Oregon Department of Human Services whose job it was to add this medical condition to the list of those allowed protection of Oregon's medical cannabis access law.

As retired Lt. Commander Al Byrne said "It's About Time"

An effort that Veterans For Medical Cannabis Access [VMCA] has supported from the beginning, adding PTSD to Oregon's law has been an adventure.

VMCA wants to thank Nurse Ed Glick and Atty. Lee Berger for sticking to it through miserable responses from individuals in positions of authority who should know better. Their requests to Oregon's DHS were not only met with inaction but actual hostility at times despite valiant testimony of disabled United States military Veterans flanked by their respective doctors in absolute majority asking for this addition.

VMCA thanks Todd Dalotto and his constituent Senator Boquist for presenting this request to the state legislature and many thanks to all Veterans, EMS, and Police who spoke to their legislators and presented testimony for this bill as well as those survivors of childhood and/or adult trauma whose testimony helped a unchallenged truth become law. The truth? Cannabis works well for PTSD and those who suffer from this medical condition have real evidence and deserve our respect and compassion.

VMCA thanks Anthony Taylor, Director of Compassionate Oregon and Sam Chapman without whose tireless efforts this bill would have been much slower on the uptake and probably wouldn't have passed this year.

Adding to the growing list of states where cannabis is listed specifically as allowed for treatment of PTSD Oregon joins Delaware, Connecticut and New Mexico as well as Massachusetts and California who, wisely, allows doctors to decide these things as well as Washington and Colorado who, maybe even more wisely have re-legalized all personal use by those over 21.

Considering extreme rates of suicide amongst our disabled Veterans taken together with a host of pharmaceuticals that, in this case, suck and the extraordinarily good results we have seen from Veterans who have been able to integrate cannabis into their PTSD regimens VMCA joins Mr. Byrne in saying "It's about time"!

Posted by Arthur Livermore at 4:34 PM No comments:

Arthur Livermore
The American Alliance for Medical Cannabis is a member supported non-profit working to inform people about the medical value of marijuana. We give patients, caregivers and volunteers the facts they need to make informed decisions about whether Cannabis is the right medicine for them.